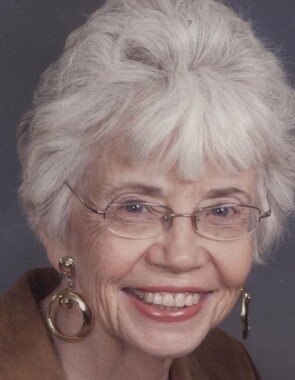 Back to Wilma's story

Sister, aunt, wife, mother, grandmother who left us unexpectedly due to renal failure. She is survived by her husband John, daughter Carrie, son Jeffrey, grandson Cory and many nieces, nephews, cousins and more friends than she knew she had.

The above facts of her life do not begin to tell the story of who she was. She was born on a farm in Carrier, the baby of the family - coddled by a brother and three sisters, shy and petite.

She lost her mother while still in high school, right before Christmas of 1955. It affected her profoundly. She was never one to emote how deeply it hurt; it always made Christmas a sad time for her for the rest of her life.

She made straight A's in school with a near perfect attendance record. She had big dreams of international travel. She studied French in high school and even planned to go to Paris with her best girlfriends, but one of them decided to get married instead, throwing out best laid plans.

She also dreamed of becoming a doctor - working in a lab. She had a scholarship to Phillips University. Again, best laid plans - this time love stuck her. She went on a blind date with John Rayner, arranged by his best friend, and she dropped out of school to marry the love of her life on February 20, 1960. Wilma originally wanted six children but found that two was enough! (Her words!)

Wilma and John discovered a bit of wanderlust. They left Oklahoma in 1967. John's work took him first to Wyoming, then Nebraska, Arkansas, New Mexico, Washington and California. After a final transfer to back to Washington, they retired where it all started - in Oklahoma, having purchased the Rayner farm.
While Wilma never did make it to Paris, she did get to take a trip to Bermuda and couple of trips to western Canada. She enjoyed family trips to the mountains of Wyoming, playing tour guide in Washington State and California. She embraced her hometown wherever she went - an Oakland A's fan in Northern California to an Angels fan in Southern California. She threw herself into the moment wherever she was, but her family was always at the heart of what she did. She loved her sisters and her nieces and nephews as her own. Her only grandson was 'nearly perfect' in her estimation.

She had a passion for cooking. She tried her hand at international dishes - Thai, French, Chinese, etc. Closer to home, her chicken gumbo, cranberry bread and egg gravy and biscuits were in high demand and then the famous Harry Beastie pie - she might as well not show up to family gatherings if she didn't bring at least two. She loved history and historical fiction. She loved books about England, Scotland and Ireland, but she recently discovered histories close to home. She immersed herself in Oklahoma stories and loved to pass on titles for others to read. She descended from Oklahoma pioneers and did some research on her family tree. She found some funny and heartbreaking tales that she captured in her searches. She also had a soft spot for animals, taking in the multitudes of stray cats and dogs as well as one Guinea pig throughout the years, and especially after moving back to the farm. She got her love of dogs from her mother who raised Toy Fox Terriers. She passed that love down to her children.

A memorial service, officiated by Rev. Richard Craven, will be held at the Nash Christian church on December 28, 2019, at 2 p.m. In lieu of flowers, you can donate to the Hawley Fire Department or your favorite animal rescue group. Arrangements by Wilson Funeral Home, Pond Creek, OK.
Published on December 7, 2019
To plant a tree in memory of Wilma Jayne Rayner, please visit Tribute Store.

Plant a tree in memory
of Wilma

A place to share condolences and memories.
The guestbook expires on March 06, 2020.