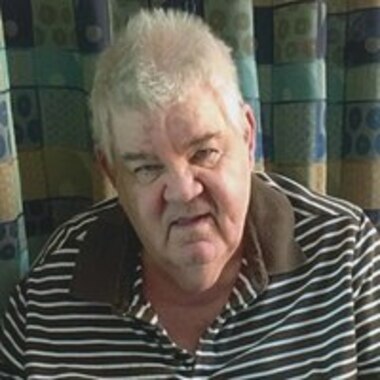 Back to Ronald's story

Graveside service for Ronald Joe Roberts is 10 a.m. Tuesday, Jan. 14, 2020, in Waukomis Cemetery. Rev. Len Coulter will officiate. There will be a visitation with family from 5-7 p.m. Monday in Henninger-Hinson Funeral Home Chapel.
Ronnie was born on Feb. 10, 1947. He left this world to be with his Lord and Savior on Jan. 9, 2020. He resided in the Clinton Veteran Center for nine and a half years. He was 72 years old.
Ronnie was born to Bill and Edith (Dixon) in Enid, OK. His mother passed away in childbirth so he was raised by his grandparents, F.J. and Etta Dixon of Helena, Okla. He graduated from Helena High School. He attended Northern Oklahoma College. He was then drafted to the U.S. Army, serving two years in Germany. In September 1969, he married Carolyn Glines of Enid. Together they had two children, Kristy Ann and Michael Justin of Waukomis.
Ronnie worked for Farmland Industries at the Enid Feed Mill. He worked for 40 years before ill health forced his retirement. He loved hunting and fishing. He also loved going to the men's retreat at Falls Creek Baptist Assembly. He served at the church when his health was good.
He is survived by his wife Carolyn and two children, Kristy (Roberts) Ramos and husband Robert and Michael Roberts. He has seven grandchildren: Bailey, Monica, Cory and Jeremy Ramos, and Justin, Peyton and Piper Roberts. He has one half-sister, Linda (Marvin) Holt.
He was preceded in death by his parents and grandparents; three brothers, Billy, Milton and Dean; two stepbrothers, Ronnie and Raymond Kucera.
Memorials may be made through Henninger-Hinson to Falls Creek Baptist Assembly.
Condolences may be made to the family online at www.enidwecare.com.
Published on January 11, 2020
To send flowers to the family of Ronald Joe Roberts, please visit Tribute Store.

Send flowers
in memory of Ronald

A place to share condolences and memories.
The guestbook expires on April 09, 2020.

So sorry for your loss. Prayers for the family during this time.