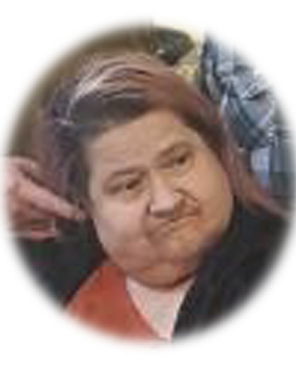 Back to Leona's story

Funeral services for Leona Lois Kelly, 64 year-old former Enid resident, will be 11:00am Saturday, January 18, 2020 at First Baptist Church with student Pastor Nick Wilson officiating. Burial will follow in Memorial Park Cemetery. Services are under the direction of Henninger-Hinson Funeral Home.
Leona was born December 17, 1955 in Enid to Leo and Lois (Hildabrand) Hatfield and died January 13, 2020 in Seminole, OK.
She was raised in Enid, graduating with the Enid High School class of 1974. On May 19, 1983, she married Frank Kelly. Leona enjoyed being a stay-at-home Mom to her children. She went on to work at the Methodist Home for several years before pursuing her Certified Public Accountant degree. In 2006, Frank passed away. A few years later, Leona met Thomas Grogg, who would continue to be her rock and love until his passing in 2018.
Leona always found joy in crafts, craft shows and ceramics but her deepest love was for her family, especially her grandchildren.
She was preceded in death by her parents; husband, Frank, significant other, Thomas and brother, David.
Leona is survived by her children, Allen Kelly and wife, Marisay of Maud, OK; Tanya Smith and husband, Gary of Memphis, TN; John Kelly and fiancé, Diana of Maud, OK; sister, Karen Canon and husband, Mike of Greensville, SC; several grandchildren and great-grandchildren; two nephews and numerous extended family.
Memorial donations in Leona's name can be given through the funeral home to OMRF - Kidney Division.
Condolences may be made online at www.enidwecare.com
Published on January 14, 2020
To send flowers to the family of Leona Lois Kelly, please visit Tribute Store.

Send flowers
in memory of Leona

A place to share condolences and memories.
The guestbook expires on April 13, 2020.

Joyce Odle Mintzas
Leona was one of my childhood friends from First Baptist Church. Her mom would come to church camp with us as our cook. She always brought a fan and shared it with Leona and me at the cabin in Falls Creek where we had no air conditioning.

She had me over to her house one time and showed me the rabbits they were raising.

I have not seen Leona since 1973 but I remember her well.