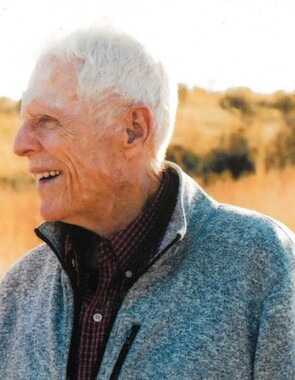 Back to James's story

Jim Barnes was born in Enid, Oklahoma on November 9, 1935 to Robert and Ruth Barnes. After progressing through the Enid Public School System he received his school diploma in May, 1953. The next four years found him at Dartmouth College in Hanover, New Hampshire. He was the recipient of an NROTC scholarship and received his BA degree and commission in the US Naval Reserve in June, 1957 followed by three years of sea duty aboard the aircraft carrier, USS Shangri La in the Pacific Ocean. He was released from active duty in July, 1960. At that time Jim joined his father in the insurance business in Enid. He married Letty Goltry on August 12, 1961.
Jim was very active in civic and personal affairs for the next several years in Enid but he and Letty decided to seek a new life and moved to Meridian, Idaho in June 1970. They brought with them their two oldest children, Nancy and Glenn. Two more children came along after the move to Idaho, Mary and Anne. Jim set up his own insurance agency in Boise, but merged with Boise Insurance Center in 1973. Jim took a three year sabbatical from the insurance business around 1980, but returned to Boise Insurance Center and worked there until it was sold to Western States Insurance in 2005. He continued as an employee of WSI until his retirement in March 2009.
Jim found his Lord and Savior Jesus Christ at the First Presbyterian Church in 1972 and has served him until his recent death. He was actively involved over the past 48 years in the First Presbyterian Church, Boise Valley Christian Communion and The Pursuit. One of his great passions was also serving on the board of Fellowship of Christian Athletes.
On Saturday, February 22, 2020 Jim went to be with Jesus and was surrounded by his family. He is survived by his wife of 58 years, Letty Goltry Barnes; son, Glenn Barnes of Meridian, Idaho; daughters: Nancy Ruff (Brad Ruff) of Huntsville, Alabama, Mary Williams (Chad Williams) of Boise, Idaho and Anne Krahn (Travis Krahn) of Nampa, Idaho; brother, Robert Barnes Jr. (Betty) of Bethlehem, Pennsylvania. Also included are 13 grandchildren and 2 great-grandchildren.
A memorial service will be held at The Pursuit on Saturday, February 29, 2020 at 11:00 am. All those who loved and knew Jim are invited to join. In lieu of flowers, a memorial contribution may be made to Fellowship of Christian Athletes to help provide scholarships for teens to attend camps. This can be made online at fcaidaho.org or be sent to FCA P.O. Box 1435, Meridian, Idaho 83680. A private family graveside service was held at Idaho State Veterans Cemetery.
Remembrances may be left for Jim's family on his webpage at www.AccentFuneral.com. Services are under the direction of Accent Funeral Home, Meridian.
Published on February 25, 2020
To plant a tree in memory of James McKnight Barnes, please visit Tribute Store.

Plant a tree in memory
of James

A place to share condolences and memories.
The guestbook expires on May 25, 2020. 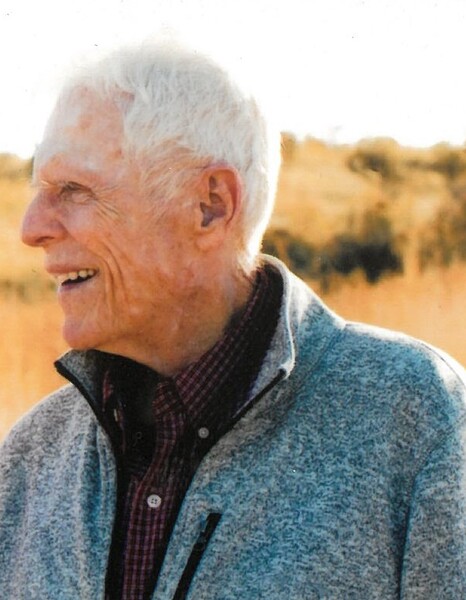