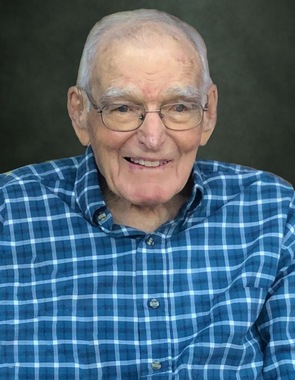 Back to Charles's story

Charles Edward (Chuck) Montgomery, 94, of Enid Oklahoma, passed peacefully on August 21, 2019. Charles was born on November 9, 1924, in Norton County Kansas to David and Helen Blanche Montgomery.
Charles and brother Rex were raised on farms around Norton. He graduated from Norton High School in 1942. He was Kansas State wrestling champion. Charles enlisted in the Army in WW2. He was trained on radio and radar and served in the Pacific theatre. He was part of the first Honor Flight from Oklahoma in 2010.
After returning from the service, Charles married Twilla Grose of Almena Kansas. They have celebrated 72 years together. The family moved often but made lasting friends at each stop along the way. They were blessed with 7 children and dozens of grandchildren and great-grandchildren.
One of Charles' great joys was helping farmers through their local coops. He began his coop career while in high school. He was manager for several coops in Kansas, Nebraska, and Colorado, served as a management consultant for Farmland Industries in Kansas City and Enid, and at the Bank for Cooperatives in Wichita Kansas. He retired to Enid in 1985 as a result of hearing loss.
In retirement Charles remodeled several homes and frequented auctions and garage sales. Always a tinkerer, his workshop was well stocked and meticulous. He was very competitive at cards and games and enjoyed camping and fishing. He was a fan of baseball, root beer floats, and hard hugs.
Charles is survived by his wife Twilla of Enid, Son Steve (Paula) Montgomery, Springfield, MO; and daughters Ronita (Reed) Coldiron, Perry, OK; Janet (Bob) Glace, Waterloo, IA; Joetta Botts, Enid OK, and dozens of grandchildren and great grandchildren. He was preceded in death by children Dennis, Susan, and Sandi and brother Rex and sister Faye.
The family expresses their sincere thanks for those who prayed and shared their love for Dad in so many ways during his illness. Your acts of kindness have been a comfort to us all.
Visitation and celebration of life will be 2:00 PM, Sunday, August 25 at Anderson-Burris Funeral Home. Memorials may be made through Anderson-Burris to American Legion. Guestbook is available at www.andersonburris.com.
Published on August 22, 2019
To plant a tree in memory of Charles Edward (Chuck) Montgomery, please visit Tribute Store.

Plant a tree in memory
of Charles

A place to share condolences and memories.
The guestbook expires on November 20, 2019.

Restore the guestbook to view the 6 more posts by family and friends, and share a memory or message of condolence of your own. 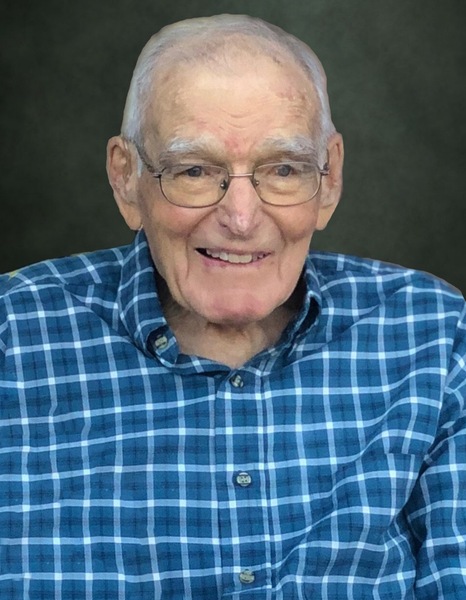