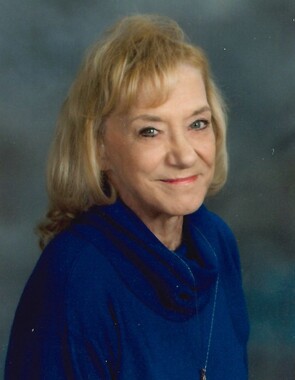 Back to Barbara's story

Funeral service for Barbara "Barb" Stewart, 78, will be Wednesday, January 15, 2020, at 11:00 a.m. in Immanuel Lutheran Church, Breckinridge, with Pastor Travis Orr officiating. Inurnment will be in Immanuel Lutheran Cemetery at a later date. Arrangements are under the direction of Anderson-Burris Funeral Home and Crematory.

She attended Immanuel Lutheran School in Breckinridge and Garber High School, where she graduated. Barbara married LeRoy Durheim in 1959, and they had two children. She later married Lonnie Stewart. Barbara was a secretary for Champlain Oil for several years and later worked for Advance Foods in the kitchen. She was a member of Immanuel Lutheran Church, Breckinridge.

She is survived by her longtime companion, Jim Millemon of the home; two children, Greg (Connie) Durheim of Texas, and Karla (Scott) Coulson of Enid; two grandchildren, Trevor and Tanner Coulson; three step-grandchildren, Tara, Trisha, and Brice Robertson; one great-grandchild, Sirena; a sister, Stella (Howard) Powell of Breckinridge; nieces; nephews; and other relatives.

Memorials may be made through Anderson-Burris to Immanuel Lutheran Church. Condolences may be made online at www.andersonburris.com.
Published on January 11, 2020
To send flowers to the family of Barbara Stewart, please visit Tribute Store.

Send flowers
in memory of Barbara

A place to share condolences and memories.
The guestbook expires on April 10, 2020.

Connie Alcorn
You and Your Family our in our prays. Connie and Family
Scott & Shellee Sattelmeier & Family, Richard & Steph Bonine