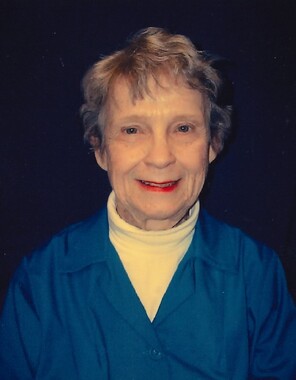 Back to Barbara's story

August 26, 1931 - December 3, 2019
Mass of Christian Burial for Barbara Seng, 88, will be Friday, Dec. 6, 2019, at 2 p.m. at St. Gregory the Great Catholic Church, with Reverend Mark Mason officiating. Burial will follow in Calvary Cemetery under the direction of Anderson-Burris Funeral Home.
Barbara was born on Aug. 26, 1931, in Hobart, Okla., to Hugh and Dorothy Standifer and passed away on Dec. 3, 2019, in Enid.
Barbara grew up in Oklahoma City and graduated from Classen High School and attended Central State College. On July 25, 1953, she married Edward Seng Jr. in Oklahoma City. She was a homemaker and mom. They moved to Enid in 1964. Barbara was a chartered member of St. Gregory the Great Catholic Church and a volunteer at St. Mary's Hospital.
She was preceded in death by her husband and parents.
Barbara is survived by her sons and their wives, John and Charlotte Seng of Newalla, Okla., Richard and Sally Seng of Vancouver, Wash., Tom and Julie Seng of Enid, and David and Lisha Seng of Oklahoma City; six grandchildren; brother, Fredrich Heigh of Las Vegas, Nev.; sister and husband, Charlene and Vance Campbell of Taylors, S.C.; other relatives and friends.
Memorials maybe made through Anderson-Burris to Our Daily Bread or OMRF-Lymphoma Division. Condolences maybe made online at www.andersonburris.com.
Published on December 5, 2019
To plant a tree in memory of Barbara Anne Seng, please visit Tribute Store.

Plant a tree in memory
of Barbara

A place to share condolences and memories.
The guestbook expires on March 03, 2020.